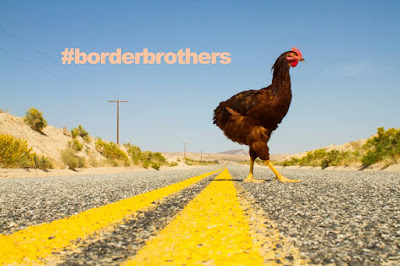 It's a film about the grown up son of “Dude” from The Big Lebowski. It has some great cameos from John Goodman and Jeff Bridges. The young Dude decides to pass the J and get off the couch, making a sticky icky run to Mexico, where he mistakenly brings back two brothers named Joel and Ethan. And if you believe that Rickey Bird Jr. would like to talk to you about an investment opportunity in a movie called MachineGun Baby being produced by Menahem Golan. 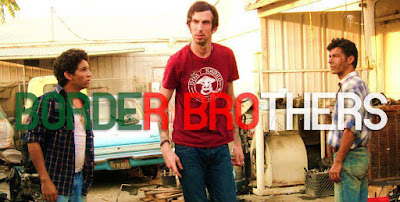 No, seriously, Brian (not the son of the sultan of slack, though he could be) runs a pool service. His life sucks, on the wrong side of life, dating an Oildale Debutante who is sleeping with his worse, and one of his last, customers. While Brian is fishing out used condoms of 'El Negro Diablo's' pool he is serenaded by his tube top wearing, huffy riding, sleeve job giving girlfriend's moans of 'demasiado grande de fierro'. At the same time, his competitor is heckling him and stealing all his customers, including dear old mom. The life of Brian takes a series of events to become the Messiah drug pimp of Bakersfield.

Written, directed and produced by the Hectic Films cartel out of Bakersfield CA (if you have been paying attention, every time Hollywood needs a town to make fun of, hello Bakersfield). If you watch a Korn video, you can see Rickey's house. The Bakersfield film mafia has been making hazy brown cloud movie magic for over a decade. Spoiler alert they don't film in Tijuana, the town and air is much clearer than Bakersfield. If people in Tijuana were given a choice of staying there or moving to Bakersfield with papers but having to live in Bakersfield for the rest of their lives, they would choose to stay in Mexico. They don't leave Oildale to film except to get a clip on the 101. 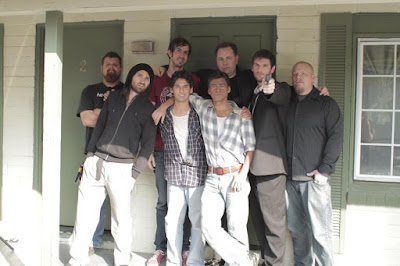 They are a dedicated bunch no matter how many times they get shut down by break-ins, equipment thefts, brown clouds, valley fever, Oildale Royals, booze shortages, drug shortages, sand storms, strange new STD's and drive by’s (seriously who would live there, it's not a prison, anyone can leave and never go back, who in their right mind would stay in the central valley) they still just crank out good movies… even if Rickey has to force his son to work on these films (all little Rickey got out of it was a crappy sound tech credit) 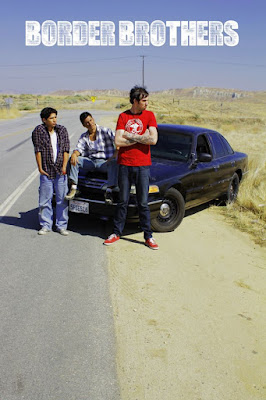 It's a film that is more appreciated after watching Gods of Egypt. It’s a film with a budget of one hundred and forty million dollars and Rotten Tomatoes has it rated sixteen percent fresh. Someone must have slipped a bag of cash to get the rating that high. The movie is so bad and makes no sense. The chariot pulling fly things go from sixty miles an hour to a complete stop without slowing down, letting Geezer Butler step off the green screen, like me strolling out of the bathroom in the morning. After watching Gods of Egypt, I rate this Border Brothers movie a full bucket of popcorn! Border Brothers is a fun movie that will convince everyone that some people should stay behind the camera… well, for that matter some ideas shouldn't be made into films. A great film that would make PC Principal pop a blood vessel, Roger Ebert would call waste of film (screw him, he gave Deuce Bigalow, Joe Dirt, Dukes of Hazzard, Tommy Boy, Resident Evil, and The Water Boy all zero stars and it's all digital now anyways! Plus he wrote a Russ Meyer film), gives moviegoers a better option than Gods of Egypt. Plus your ticket purchase goes directly to supporting the crack addict that keeps stealing all of Hectic Films (or HF because abbreviating worked so well for KFC, maybe because after sixteen years there's no Hectic left in HF?) sound equipment. So, you could either donate money to Sally Struthers to feed.... well Sally Struthers or support struggling crack addicts. Your call. 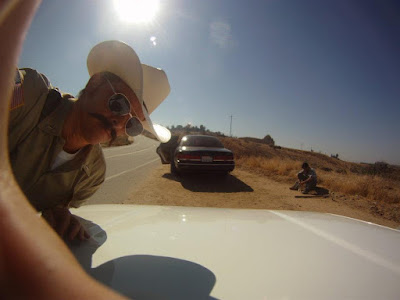