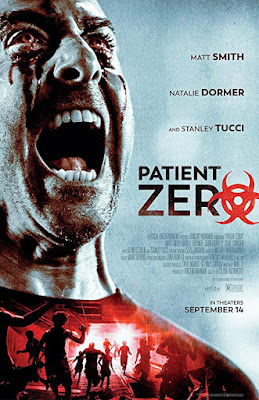 The long-awaited movie has finally seen the light of day, and no, I'm not talking about Machine Gun Baby (2018). Patient Zero had been whispered and dangled about for far too long. Being on 2013's Blacklist for best scripts not made. Finished filming in early 2015, only to collect dust while the release date had been pushed back to August 14th, 2018.

A great line from Boondock Saints (1999) Willem Dafoe's character Paul Smecker "Television. Television is the explanation for this - you see this in bad television. Little assault guys creeping through the vents, coming in through the ceiling - that James Bond shit never happens in real life!". Unfortunately, there are far too many moments in this movie that screams 'bad television'. Survive the Zombie Apocalypse where everyone else only has the clothes on their backs, cramped on cots in a missile silo, but the main charter somehow has bought a couple cases of rare wine and his vinyl record collection. Bad TV always has that scene towards the end where the one person sacrifices themselves for no reason, 'Oh great, we made it to the six-inch thick steel door, you guys go on. I'll stay here to hold off the huge horde of infected, which they will rip through me in ten seconds because obviously, we can't have everyone survive!' 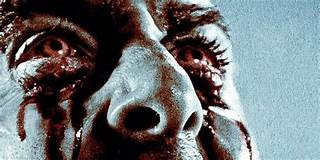 This is a B-movie, with an A-list supporting cast, and a tv actor cast in the lead role. Maybe that's unfair to Matt Smith, who isn't bad in the role of Morgan. But everyone else just shines in this movie. Stanley Tucci is an award-winning actor, who has been in a ton of underappreciated movies, Wild Card (2015) to name one. Both Natalie Dormer and John Bradley of Games of Thrones fame stand out. While GoT is on "tv", it's such an epic show that is so much more than a normal "tv show". Neither one of them comes across as a "television actor". Particularly Natalie, normally when a beautiful actress plays a doctor it's hard to believe. Think Denise Richards in 'The World is Not Enough' (1999).

Another problem is after 'World War Z' (2013) the story told by Patient Zero just doesn't seem like anything new or interesting. My guess is it was placed on the Blacklist before anyone saw WWZ. That's why this was dropped from theatrical release. Studios and streaming services are still trying to quantify movie releases via streaming. The good is they don't get a black eye from releasing a bomb. Also, it's an enjoyable movie to watch and make fun of. It's perfect for a streaming platform that needs decent new content for all us binge watchers with no lives. This movie and 'Bright' (2017) would have died a horrible death at the box office. They both have a place in a world that it takes an hour to find anything new to watch on Netflix.