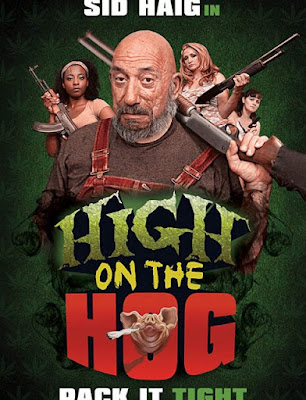 A grind-house movie with a cast of horror titans. A non-stop visual bombardment of entertaining cornea burning pleasure. A thinly veiled plot about government overreach and justification for legalized weed. Gets ground into this blood stain of cinema marvel.

Sid Haig is Big Daddy, a small town farmer with jungle fever and hankering for kind bud. Joe Estevez is a small minded pig who treats his hangovers with whiskey. If only they could have smoked some sticky icky together the movie could've had a happier ending. Ellie Church plays the mystic who can see through the smoke Mary Jane a DJ throwback to Vanishing Point's (1971) Supersoul played by Cleavon Little.

Sig has been acting awesomeness for 50+ years if you've never seen 'The Host' (1960) do yourself a favor and find a copy. Joe Estevez has 285 acting credits on IMDB, to put that into perspective Samual L Jackson is listed at 184 acting credits and John Wayne is listed at 178 (Haig has149). Rounding out the trio of b-movie titans is Robert Z'Dar (118 acting credits) in his last movie role. Everyone remembers him from Tango & Cash (1989) but horror fans know him as 'Maniac Cop' (1988) and the two sequels.


It's funny how low budget movies with blood and boobs get treated by rating sites. IMDB currently has this movie at 3.7/10. Other movies that are much worse rate much higher; 'The Dead Don't Die' (2019) 6.0/10, 'Shed of the Dead' (2019) 5.4/10 (Liked this movie rating was spot on), 'The Domestics' (2018) 5.7/10. But if the movie has an abundance of gore and boobs it doesn't matter the quality or entertainment value of the film, the points disappear. High on the Hog is more entertaining than any of these other ones. The Dead Don't Die is a humorless take of the zombie apocalypse done in a dry British humor style, but once again they forgot the humor so really it's just dry British style that's BORING! 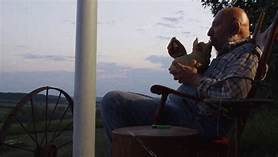 High on the Hog isn't to be taken too seriously. It's a wonderfully easy way to kill an hour and a half with your friends mimicking MST3K and if you're passing a 'J' around, Remember to pack it tight! 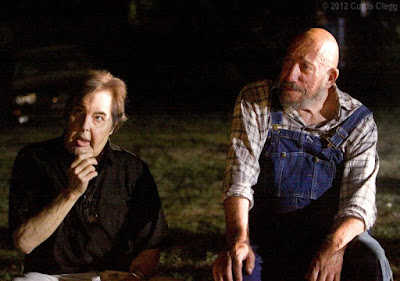