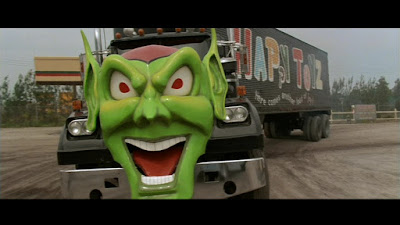 Maximum Overdrive is a lot like Solo (2018), anything short of an epic, mind-blowing spectacle would be a failure. The marketing build up of having the king of horror make a movie had expectations high. When it fell short everyone jumped ship. Mr. King "a moron movie", Yeardley Smith "most embarrassing movie", the critics picked the bones clean. It didn't help that this was the first film to be made by Embassy Pictures. Also difficult for a first time director who's previous movies like Christine (1983), Carrie (1976), and The Shining (1980) were directed by John Carpenter, Brian De Palma, Stanley Kubrick. But it's a really good movie for a first time director. Unfortunately had the effect of dragging down the King movies that followed. 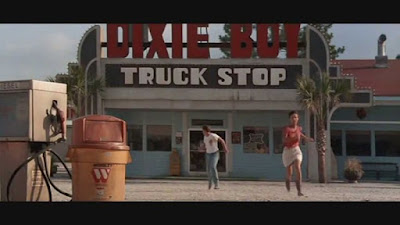 Didn't help that 1986 was a big year for movies Aliens (budget 18.5 million), Highlander (budget 16 million), The Fly (budget 15 million), Manhunter (budget 15 million), Big Trouble in Little China (budget 25 million) along with a slew of cult movies, Howard the Duck, Critters, Little Shop of Horrors, Troll, The Hitcher, Friday the 13th 6, Texas Chainsaw Massacre 2, Rawhead Rex, The Wraith, Labyrinth, and Stand By Me. With a budget of 10 million compared to some of the others made that year it had a cheap look to it. The bar was set very high for the director, but it's a good thing he was coke out of his skull the whole time making this. The bar really didn't matter.........

Dino De Laurentiis can be blamed for many movies. His oafish behavior drove talent running off of every movie set, but not before he got a career and financial bump out of them. 'Dino the Horrendous' took advantage of and credit for anything he could. Famously flew Arnold Schwarzenegger to a remote location to do a cameo in Red Sonja (1985) only to hold him hostage, and suddenly star in him in the film, for weeks on end. In turn causing Arnold to refuse to make the last couple Conan pictures on his contract. Same with Sam Jones and Flash Gordon (1980), after Mr. Jones had enough of Dino they had to finish the movie without him. All actors where signed to a three-picture deal. Making this even worst is the rest of the cast in Flash Gordon were hugely talented actors, with everyone in Hollywood wanting to play Flash! Sam Jones was hand picked by Dino over A-list actors. Maximum Overdrive ended up being more of the same Dino. First telling Stephen King he would have total control than forcing him to cast Emilo Estevez, who played a wooden uninteresting version of himself. Strangely, not one effort was made to capitalize off having the biggest worldwide rock band of the time turn in one of the best movie soundtracks ever! Most people didn't realize Who Made Who by AC/DC was anything but a best of compilation. The association should have gave the movie tons of free press and raised interest in the movie. But this was the guy that quickly drove movies studios into the ground. 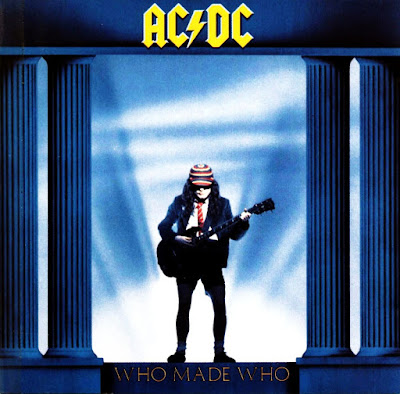 A fun movie to watch. All the machines going berserk on the human race is pretty entertaining. Many faces are recognizable Leon Rippy, Pat Hingle, Frankie Fasion, Yearley Smith (voice of Liza Simpson), and Marla Maples (Ms. Trump number 1). Super funny hearing Lisa Simpson cuss. Rewatching this movie I can't help but think how much cooler this movie would have been with Bruce Springsteen. That's who Mr. King wanted to play Billy. But, Dino overrode him and selected Emilio. People forget before celebrity bloggers, YouTube stars, and people famous for being famous, Stephen King was King Shit! He got AC/DC for the soundtrack. He could have easily got the Boss. Talk about box office draw and what could have been!