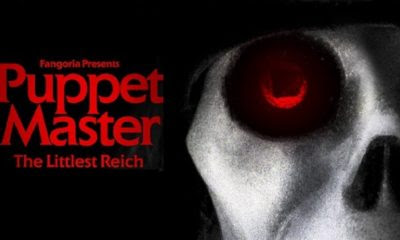 Another Puppet Master movie dropped this year. If you're keeping count at home that is a total of 13 PM movies. Finding out it was released made me realize how much I miss the bonus features on dvds or end content on VHS tapes. There was a time I couldn't wait for the next Full Moon movie to come out. VideoZone always had me begging for more. It was cool to see the 'making of' and interviews with the cast. With so many ways to reach fans today, nothing can really replace the ease of pushing out all that extra content on the same DVD as the movie. 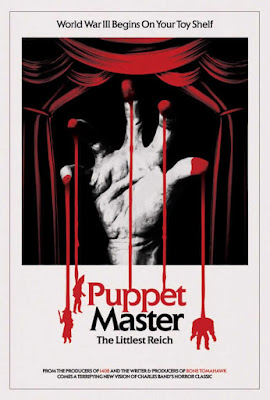 Charles Band has created some good horror series under Full Moon for over thirty years. The creative artist being able to hold onto the rights of their creation has led to long-running franchises. Under the studio system, someone was lucky to hold on to their creation for one movie. The only way to get a movie made was to give up the rights. Sam Peckinpah ('Wild Bunch 1969', 'Straw Dogs 1971', 'The Getaway 1972') had a long history of having his movies taken away in post-production, getting an edit that audiences couldn't follow. Friday the 13th series quickly became under the control of someone who rapidly shifted to cheap gimmicks and into a TV series that made no sense. The Xtro movie the writer/director was able to keep control of the name but not the story. There has been far to many movies, fans want to see, but rights issues make it improbable. The Saw Series quickly became the high grossing horror franchise of all time due to having the person who created it, retaining control.

Full Moon movies tend to stick to a common formula that works well for horror films, babes, boobs, blood and beasts without taking themselves to seriously. Without ever getting too crazy in any one area. Not 'Dead Alive' (1993) gory, not 'Slave Girls Beyond Infinity' (1987) boobies, and not overusing the big-bad. With the Muppet Master series, they rotate in different puppets each movie. Every fan has his favorite. Not only does this allow them to show off new puppets but leaves fans wanting to see the next movie to see old crowd pleasers but also what devilish new creations will be rolled out next. 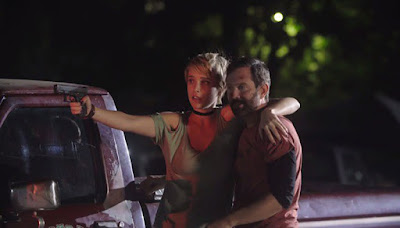 Unfortunately, Full Moon movies always tend to have slow spots. The first ten minutes is painfully slow. There is nothing interesting. The dialog, especially between father and son, falls completely flat. These early minutes have a dated feel to them. But, the latest installment of the long-running series quickly picks up when Ashley the girl next door (Jenny Pellicer) shows up and doesn't slow back down. Scream Queen Barbara Crampton had a small role in the first one returns for a bigger part here. Very cool how after thirty years they can bring back one of the original actors. Also, starring is Michael Pare, who was incredible in some early 80's cult movies, 'Streets of Fire' (1984) is a must see. This newest installment does a good job of standing on its own. So if you haven't seen any of the others or have missed a few it's not a big deal. It's a puppet gone wild, kind of movie. 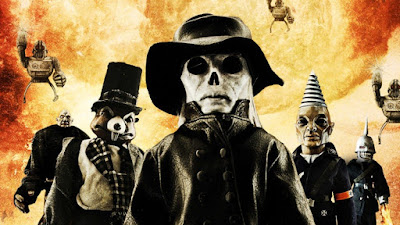