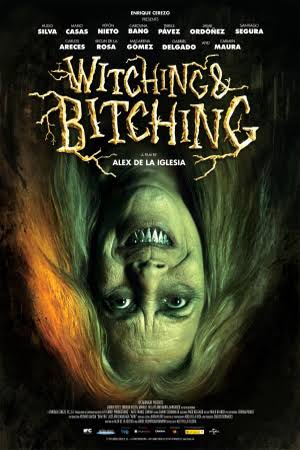 Disclaimer: This movie uses what has been the cause of many fist fight and even some hair pulling for control over the remote – Sub-Titles! Most long hair, smelly, have the taste for the chronic, basement dwelling, pizza faced, horror aficionados would rather go upstairs and talk to their moms than watch a movie with subtitles. It's a shame the horror, gore, cinematic blasphemy counter culture has a long history of spewing out from countries that don't speak English. During Kung Fu Hustle my buddy firmly had the headlock engaged (might have passed out just for a second or two) before I earned a reprieve for bringing a subtitled movie into his house by everyone on screen kung fu fighting.

This movie opens at a run and keeps the pace up throughout, except for some creepy dude's close up while he is trying to get a cheap feel from an unexpecting, hot on the tail, just trying to use the nasty third world public restroom, ex-wife. A lot of the movie the viewer just has to hold on and let it do to you what it will (kinda like the first date in a creepy old dude's, with one hand, Delta 88 with the passenger side door handle nonfunctional). A lot of people can call out every plot point and twist before they happen, on top of never shutting up. But with this movie just relax and take it, it will all be ok I promise.......

Jose is a poor sap who just wants to drink, have fun and get laid, and hang out with his son -- all things that piss off the ex-wife. As his own personal “No Ma'am” support group flees the scene of a crazy opening (take note future directors) with cops and ex-wife closely on their tails, things keep going downhill and weirder. The definition of a good friend is someone that will bail you out, but a great friend will be sitting beside you saying “that was fun!.” This trio of female hating man-children quickly wish they were safely in jail surrounded by bodybuilding members of the man-on-man love association while the guards are getting coffee with the surveillance cameras turned off. All the while, Jose's son Sergio is having the time of his life through all the mayhem. He is happy to be out of school and even happier to be hanging out with his dad.

Things start calming down once they meet the hot leather wearing blonde amazonian motorcycle chick played by Carolina Bang. (My sole goal in life right now is to watch more of her movies). This is just the thing three honorary members of No Ma'am need, want or have anything to do with is a bondage with a little castration practicing Fertility Cult. Strangely Sergio is totally ok with letting the hot blonde do whatever she wants. Jose, on the other hand, knows what's coming in a one-time, one-way ticket to snip town. He wants nothing to do with the vivacious girl licking his face. Of course, being in front of a girl's mom and grandmother is always a little awkward (unless that's your thing). 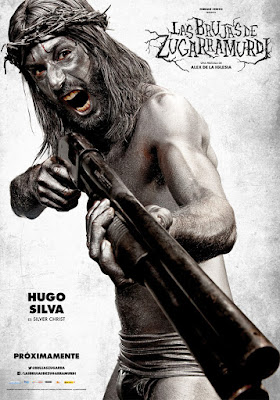 No, this isn't the kind of film that would be behind the grimy curtain, in the smelly video store, north of town up by the state line. This is the most awesomeness horror movie EVER! But seriously, while Blockbuster would have had a policy against a movie like this, Netflix knows what pasty skinned basement dwellers wants, (cough cough Human Centipede). Thanks to the internet, bringer of all things we can watch late at night in the privacy of our own rooms far from the judgment of society (unless you're stupid enough to write a review about said movie).

Warning: If you watch this with any females or PC righteous asshats, they do not talk to you for at least a week (which isn't necessarily a bad thing). But they will put this on the list of things they will hold against you until the day you die (of course one more thing can't hurt). So make sure to clear not only your browsing history and on Netflix, and be prepared to have a good cover story just in case you come home to an intervention, like a computer virus that loaded and watched this movie when you weren't home. 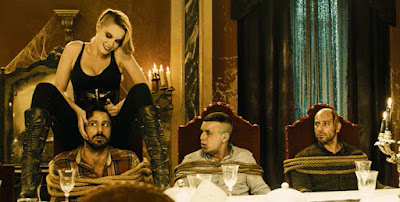