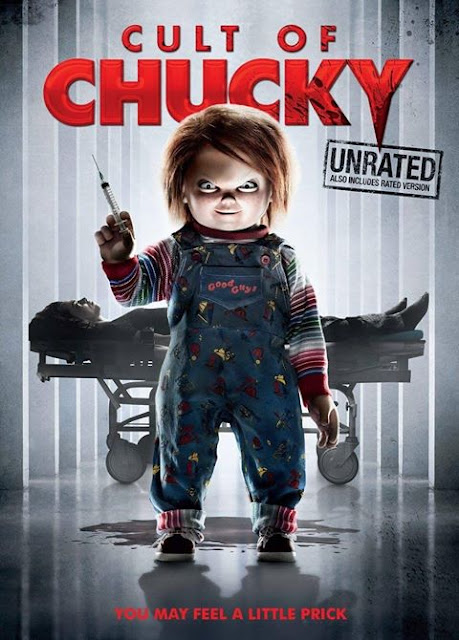 Surprised at how enjoyable this film was. The seventh outing for any franchise can be brutal, and not in a gory slasher movie way. The original idea flogged to death with a wet noodle. A slow anguishing process that that has anyone wishing for a bullet to the head instead of being subjected to even rumors of another movie. So bad Al Bundy would rather go up to the bedroom and to Peg kinda way. 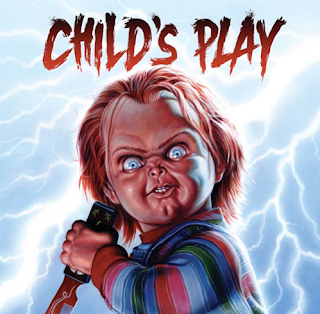 Andy Barclay is back to finish Chucky off, once more. The first time back since 1991's Child's Play 3. Jennifer Tilly/ Valentine is back riding shotgun with Charles Lee Ray. And stuck in this asylum is Nica from Curse of Chucky. Brad Dourif, the voice of Chucky, is the only (voice) actor in every movie. Andy was in Child's Play 3 but played by Justin Whalin, not Alex Vincent. So every film is represented here on screen by actors except Child's Play 3. To bad, they didn't bring back Perrey Reeves (the only reason to watch CP3). Thankfully the Seed of Chucky doll thing is left alone as just a bad memory.

Cult of Chucky doesn't take it's self seriously. Briskly cracking jokes at the expense if everyone involved. It takes a few dark turns and flips back and forth from campy to ridiculous. With so many characters to keep track of the movie jumps around a little. Interestingly the characters seem to keep the tone from the movies they originated. Which provides a nice balance. Bringing all previous movies into nicely into the story. Except for CP3, thank god they didn't try and bring back whinny little Tyler who mindlessly obeys every commend of that creepy little psychopath doll. Tyler most-likely grew up having major abandonment issues by being shipped off to military school at such a young age. On top of the whole killer doll thing in which he helped kill multiple people. To cope with the drama, you know since his family wasn't there to comfort him and the school claiming bankruptcy, from all the wrongful death lawsuits, clearly wasn't his home anymore, he turned to drugs and alcohol. Becoming a homeless hustler in Kansas City Missouri before joining a hippy commune on the banks of the Mississippi River. Still to this day suffering from PTSD, any time he sees a doll he pees his pants and sucks his thumb. Even a barbie or cabbage patch doll. Of course, Andy has some baggage of his own...... 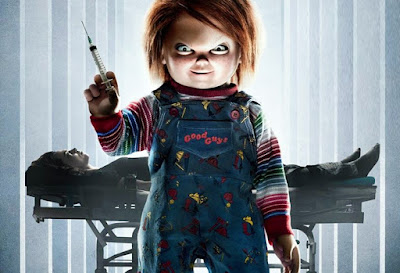 Written and Directed by Don Mancini who has been involved since the beginning. With so many of the main actors back and carrying a fresh score on Rotten Tomatoes of 83%, it could have been theatrically released. It's a great movie to watch during the Halloween season. If it was between this movie or The original Friday the 13th..... I would pick Chucky! 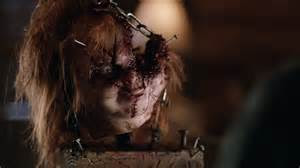