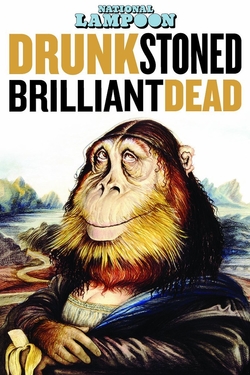 I know most people once they realize this is a review for a documentary will stop reading immediately and go back to watching cat videos on YouTube. Many remember National Lampoon (NL) as the raunchy, little substance, dirty magazine that was kept under the counter that you had to ask for along with what nudy mag you wanted. But for a shiny brief moment in the mid 70's, Everyone read National Lampoon! A toilet bowl of counterculture, drugs, booze, frat boys, humor that was far from good taste, and scantily clad women (AKA nude) that was written at a level for a juvenile Einstein that spewed out satire of everything mainstream and mundane. 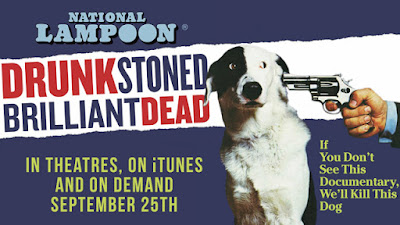 We all know the two big Lampoon movies Animal House and Vacation, but most people don't know is how big Lampoon was and how far it reached into pop culture. With meteoric success the most talented people were begging to be let into the bathroom to party with these guys. All those famous skits that John Belushi and Chevy Chase did on SNL they were doing them first on The National Lampoon Radio Hour and Off-Broadway Lemmings for Lampoon. No conversation about Caddyshack (1980) happens without mentioning SNL but all the main writers, director, cast, and producers all met while working at National Lampoon. SNL basically made everyone that worked at Lampoon an offer they couldn't refuse. Some of the most iconic movies came from the creative talent that learned how to get high at Lampoon. Ghostbusters (1984) starred two Alumni Harold Ramis and Bill 'Fricking' Murray. John Hughes who came to define 80's teen movies started as a writer at NL. NL was a dirty little toilet bowl that sucked some of the most talented people at the time down into its chaos.

So what happened? Like many Phoenix's that rose to fame in a quick time NL came crashing down in bad business practices, drugs, personal squabbles and burn out. When Doug Kenney and Henry Beard started NL they had a forced buy-out in five years. Matty Simmons (the money) never thought they would actually walk away from the baby they started. In reality, they were killing themselves to make the magazine a success working long hours and doing most of the heavy lifting. When the five year mark hit they took their briefcase of money and walked out the door with a certain finger waving in the air. Leaving NL without it's key writers, editors, and visionaries. It was around the same time that SNL came calling and stole all the performers (of course NL originally stole them from Second City). John Belushi was a seriously dedicated artist at this time also crazy talented. But no one tried to sign him to a contract. Well someone did, SNL did. The contributors they had, there was no attempt to keep them. MAD Magazine had contributors all across the country working remotely. Each year those that hit the required number of articles went on an all expense paid trip. Which became a big deal. MAD had some really talented people for sometimes forty years working for them. The death-blow was bad licensing deals and the decision to include more nudity, which they couldn't afford good models, that ended up getting the mag a permanent home under the counter of stores. Matty eventually became Editor-in-Chief, appointing his two sons as editors. So what started out as drunk college frat boys making fun of their parent's mundane lives and showing others how to lead a debaucherous lifestyle, became ran by a serious grandfather and his obedient mid-aged sons, nuff said. 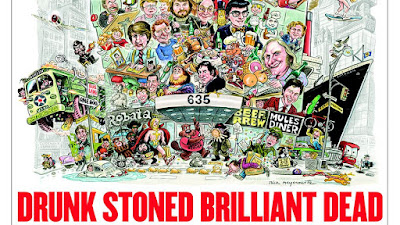 Like so many huge successes a lot of it was luck. Gathering a very talented cast of people at a time where the public was very excepting of their brand of humor and satire. And Animal House was no different. The script was very thin, more of a general outline of a movie. Most of the movie was ad-libbed. It didn't hurt to have a talented cast. Everyone was very focused on making the opportunity count. A bunch of hard partying people go off without a script to make a movie, there's no way it should have been any good, let alone great. They got lucky, but instead of learning what to do in the future that formula was a relied on blueprint for future movies. Between Animal House and Vacation, they had a couple of bombs. Movies so bad they don't have an IMDB page even though big names were in them. Even Caddyshack was a mess. The movie was to focus the story on young caddys. But with ad-libbing, the legends quickly took over. Billy Murray, Chevy Chase, Roddy Dangerfield were all great. And even the groundhog was only added as an afterthought in post-production. At the time the movie was considered a failure. 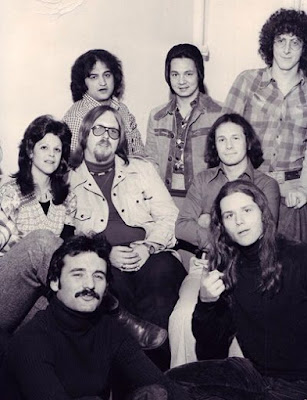 It's sad so many talented people didn't live very long after NL. The world was definitely robbed of very talented people. The comedic masterpieces they could have made. In the end 'Working at National Lampoon wasn't going to get you laid'. All most people know NL for is bad cheaply licensed movies. Anyone can affordably stamp the name on the straight to video box (well now it's just an image you click on to pirate the movie off a virus ridden site, cause no one would pay to watch that junk). Anyone who loves John or Bill will get a kick out of the old footage and stories, unfortunately, they never blessed the world with a movie starring them together. 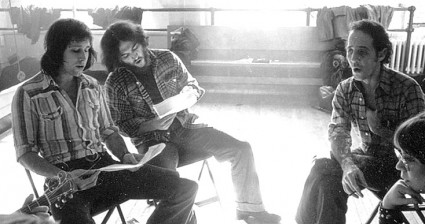