Over the Edge 1979 Retro Movie Review 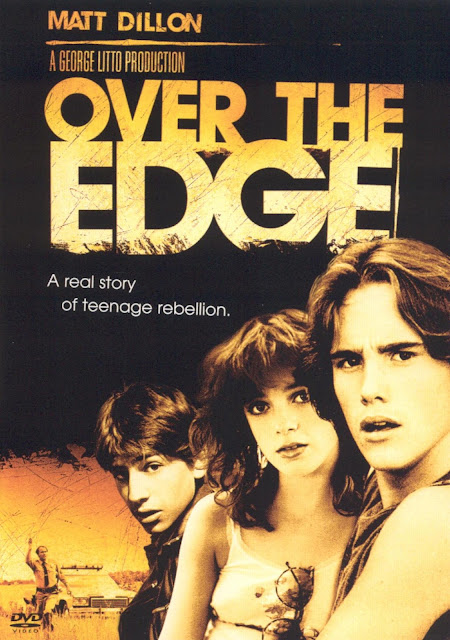 This movie has an interesting history. Never really released (couple showings 1979) due to fears of the controversial content, after fights broke out during other 'gang' movies (The Warriors, 1979) released earlier in 1979. It had a successful run on HBO in 1981 that led to a bigger theatrical release later that year in a couple of theaters in New York. It received a huge cult following in the 90's when Kurt Cobain stated this was his favorite movie and the inspiration for 'Smells Like Teen Spirit' and frequent late night showings on cable. It was finally released on VHS in 1993. 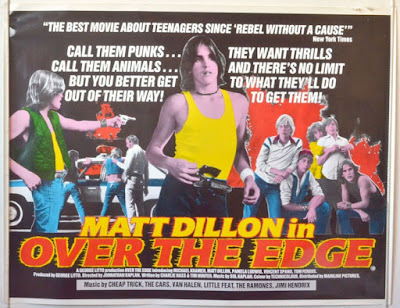 Based on a true story of kids in Foster City, California in the 70's. Stuck in a planned community that had no malls, stores, or movie theaters to keep the kids entertained. The construction sites of new homes were easy picking to steal tools and equipment to buy drugs and alcohol. These empty homes also provided a place to hang out and party. One of the things that doesn't get talked about is how the rise in video gaming and cable/VHS gave kids something to do. Witchcraft and other problems were greatly reduced after the rise in video gaming and easier access to movies.

This film was shot in Aurora and Greeley Colorado. Multiple sources call out the sun setting the wrong way in one scene. But if you're shooting a film based in California but you're in Colorado you want it to look like the sun rises over the mountains. Just like California, Colorado has vastly different landscapes. It's a wonder more major films aren't shot here. 2015 was a banner year with both 'Furious 7' and The Hateful Eight' getting some of the mountains scenery into the screen. Of course, a few documentaries get shot here. But outside of a couple westerns and some cult films like 'Vanishing Point' 1971 and 'Strangeland' 1998 not many films get shot in Colorado. Just some tracking footage of the mountains. 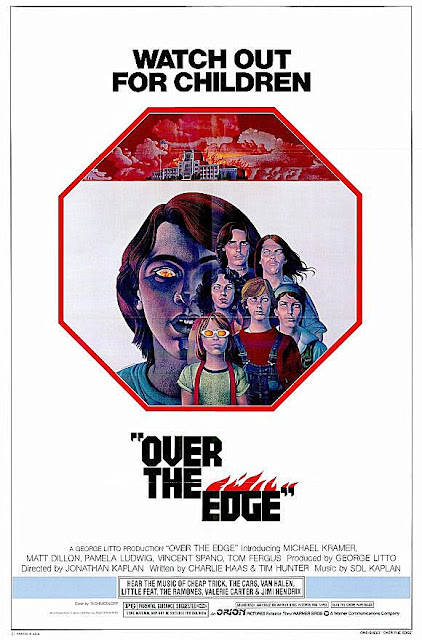 An awesome movie that doesn't get much love. Largely forgotten about. Mostly gets mentioned as Matt Dillon's first role. Many actors in Hollywood would love to have such a great movie as their first role. Think Jennifer Aniston in 'Leprechaun' 1993, Stallone's 'The Party at Kitty and Stud's' 1970, Renee Zellweger and Matthew McConaughey 'Texas Chainsaw Massacre: The Next Generation' 1994. 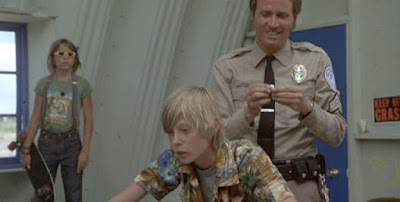 It's also aided by a great soundtrack. Relying heavily on Cheap Trick. Unlike many low-budget movies that have, if they're lucky, one good song. Over the Edge has one killer track after another. The Producers signed the rights to Cheap Trick's music before they hit big. Songs like Baba O'Riley by the Who would have broke the budget. Which would have been the perfect song for the end scene, 'It's only teenage wasteland......' 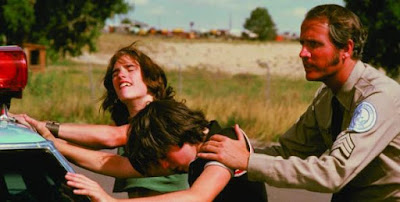