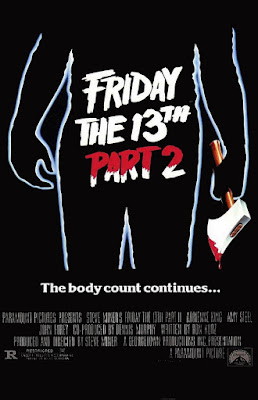 Another movie that critics hated (prerequisite for a lot of films I like) and gets undue hate from horror aficionados. There is many issues in continuity and ability of a mentally challenged deformed man-child. The beginning of the film just simply confused people and didn't make a lot of sense. First Jason never died, second, he learns to use the phone and walk into the city unnoticed and stalk the lone survivor from the first film all while looking like the villain from The Town That Dreaded Sundown (1976)? The first moments of a film normally set the tone for the rest of the film. This opening could have been left DOA on the editing room floor. Making a better film. 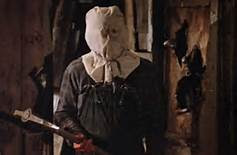 When half the camp decides to go to the bar leaving easy pickings for our murderer savant. The bar strangely looks like the one from Porky's (1981). The first killing is a tad weird with the psycho just hanging out with his arms wrapped around a large tree holding a garrotte waiting for someone to stop by close enough to get the wire over their head. And the spearing death paying homage to Bay of Blood (1971) was almost completely cut out due to gore and nudity. The film seems to have been filmed in order. Explaining why it gets better as it unfolds. With a first-time director Miner seemingly hitting his stride towards the end. 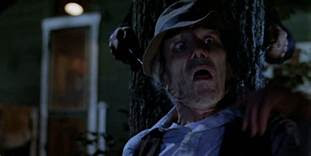 Ms. Voorhees was already established as batshit crazy. But knowing Jason was alive the entire time smears guano all over her face and has her dancing in the moonlight naked in front of her son kind of crazy. It helps show how crazy she was and opens a reasonable explanation to the opening. A schizophrenia split personality that happened when she thought Jason died. She later found him in the woods alive but the mental break already incurred. So Jason was raised in seclusion by a person who bounced back and forth thinking he should be dead and the loving mother. Talk about a rough childhood. This scenario makes the film that much more twisted. With the stalking and murder of Alice being done by a copycat.

Everyone thought the resurrection of Jason was a bad idea. The director, Tom Savili (makeup), and most of the people involved with the first one left. So in steps Steve Miner, an assistant on the first one, who ends up having a long successful career in Hollywood cranking out movies like House (1985), Lake Placid (1999) and Day of the Dead (2008). Initially Paramount wanted the rights to make a reoccurring series of horror films with a different non-continuing story (John Carpenter envisioned the same for Halloween) but the only way they could get the rights was to make a film centered around Jason. Which no one thought made any sense! 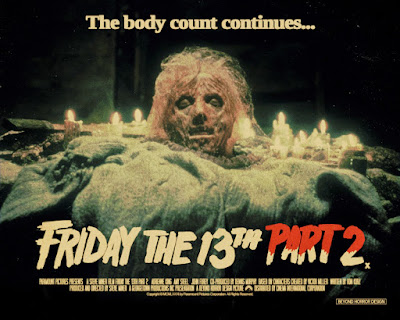 The MPAA played a big part in the toned down special effects. They were heavily criticized in giving the first one an R rating. So blood and guts were noticeably absent from this outing. But having naked girls wasn't taboo yet. Sheena (1984) had Tonya Roberts naked washing in a river during the whole opening credits, rated PG. But the problem with the T&A was the actress they hired to provide most of the T&A ended up being underage. 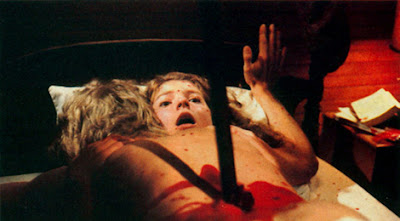 Part 2 is also the first outing for Frank Mancuso Jr. who became the showrunner for the series. Who went ahead creating the horrible tv show. That had nothing to do with the film or horror genre. It was a boring tedious labor of excruciating pain to watch. Think Supernatural (2005) without any humor, script, babes, monsters, wit or charm. The show did gain a cult following simply by having the name. But for some reason Jason's Nightmares (1988-1990) which was an awesome show, no one has ever seen. Friday the 13th: The Series (1987-1990) people kept tuning in waiting for Jason to kill all these boring people. 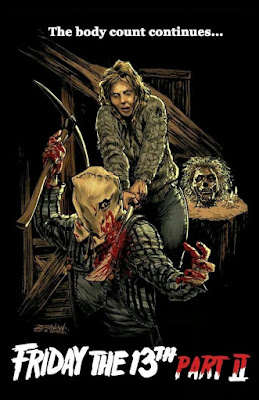 Worth noting everyone got over Jason being alive. The 3rd film released one year later did much better. The 3rd Friday introduced the hockey mask (that's right the first movie Jason was a tragic dead kid (not the villain), the second movie he didn't have his signature hockey mask (a burlap sack that made him look like the Elephant Man). The 3rd movie also had Richard Booker as Jason which cast a more sinister presence due to size. Another issue with this movie is Jason isn't very scary. Not in size or how he kills. Miner seemingly made an anti-Halloween (1978) movie with no suspense or build up. 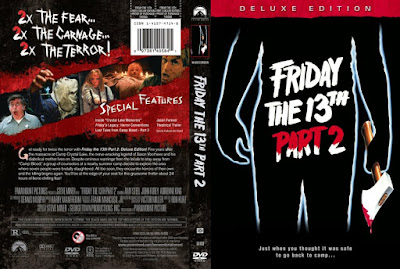 This is another good example of a movie that time has been kind to. No one now finds it weird Jason is the killer or alive. Where Jason has now morphed this supernatural undead boogie man the opening scene isn't so awkward (you know after killing half of Manhattan and leaving a trail of floating blood bubbles in outer space). Miner's zippy movie pace makes it easier for today's audiences to watch compared to Halloween (1978). Amy Steel provides a good performance. Miner moves the film along at a brisk pace. The psychological aspect of the film plays better to audiences used to smarter films. Even the smaller Jason plays better in a day that most action stars and villains are no longer muscle-bound He-Men. Definitely worth a look or second viewing. 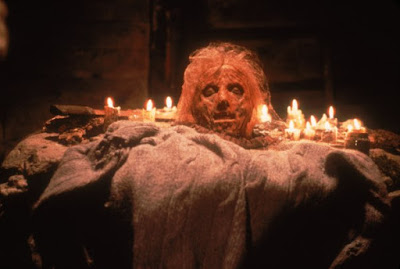