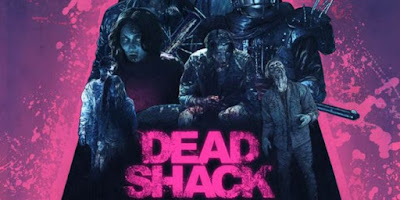 This little dirty gem of an undead movie has flown under everyone's radar. Premiering at the Toronto After Dark film fest last year. There isn't anything over the top or dripping gore about it. But it is a really cute horror movie filled fill pre-ball dropping boy humor and dad jokes. Anytime people go into the woods to camp and they end up fighting for survival, is normally the start of a good movie. Think Deliverance (1972), Evil Dead (1981), Sleepaway Camp (1983), Cabin Fever (2002), Dead and Breakfast (2004), Tucker & Dale vs. Evil (2010), and Don't go Fuck in the Woods (2016). 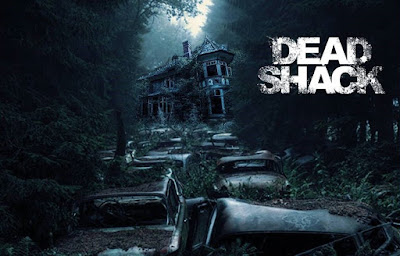 Barely getting off the ground by raising 12,000 Canadian dollars on Kickstarter (that doesn't pay for catering on most movies, what is that like 420 US dollars?)(update: Mr. Ricq informed me they had additional funding, very cool to get feedback from the director!). It's impressive what director Peter Ricq is able to crank out. Of course with no money for FX, guns, fight scenes, vehicles, film, cameras, and props there ends up being a lot more time to work on dialog and style. By using practical effects and cute banter there isn't one second where mister fast forward button had to be used.

Originally Finn Wolfhard was cast but once those Stranger Things dollars started coming in, making an Indie movie wasn't high on his list (sleeping in a roach hotel and eating canned tuna fish for two weeks, no thanks). So close to getting a big name right before they hit big. A photo of him is still on the Kickstarter page. Lauren Holly plays the Z-wrangler but isn't top listed or mentioned anywhere on the posters or promo materials. Weird since she was an A-list actor in the 90's. Normally horror icons and big named actors get their names splashed everywhere to help movies gain recognition. 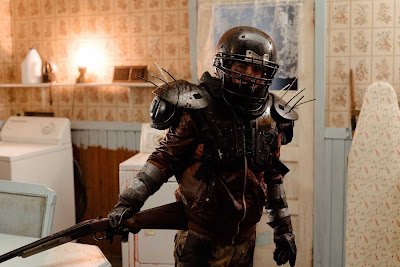 Most horror movies also need a hottie showing a little skin. The mandatory skinny dipping, Jaws (1975) or running through the woods in a thong, Jason X (2001). The character of Summer is supposed to be sixteen, but it would have been weird for that character anyway. Daddy's hottie little train wreck of a, too drunk to run away, girlfriend could have gotten a little freaky. Doesn't look like this movie was rated by the MPAA. But having a little spice would have helped it a little. Nail Gun Massacre (1985), once it was picked up for distribution, had some new footage shot to help it out.

A very impressive movie when compared to over bloated Hollywood drivel. Too many movies have a zillion dollars and no life. This movie has a budget of four dollars and twenty cents US and is completely dead (bad pun completely intended). Gather your friends, put Billy Bong Thorton down, and waste an hour and twenty minutes of your life watching this (better than watching another Simpsons rerun or Get Out (2017)), low in budget but high in blood, movie.  A movie so bad Finn Wolfhard agreed to be in Stranger Things instead of this (joking of course, he had to dropped out due to Stranger Things starting to film season two)! 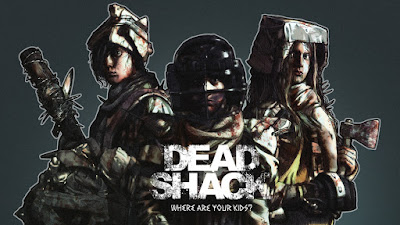