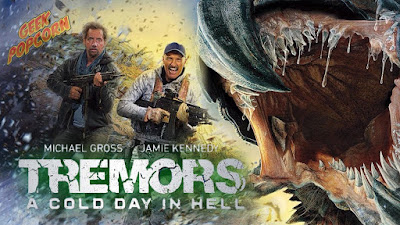 What started out a little cute low-budget movie that became a classic, has in each proceeding sequel played on the weakest storylines, the monster comes back, look-like ancestor in the old west, long-lost relatives show up. Sequel three added some new twists and number five the magical unknown son both kept a little charm and humor of the original. Cold Day in Hell doesn't add anything new or meaningful. 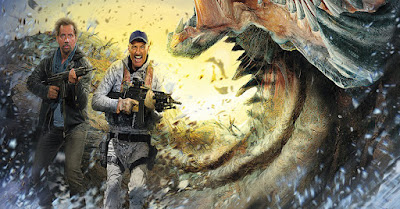 All five sequels have followed Burt Gummer, this one screams it's time to come up with a new story-line. Instead of trying to flog this dead character follow some new blood. Since Tremors are popping up in new and exciting places how about exploring a new group of people trying to figure out how to survive. Instead of Burt showing up with his guns, being a cocky know-it-all, and in this one acting more like an over the top weekend warrior than normal. If Ashey Slashy can call it a day, it is definitely time for Burt to hang the Elephant Gun over the fireplace. 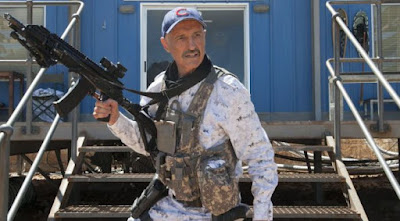 There has been rumors, press releases, and chatter about a new tv series starring Kevin Bacon. But after a couple of years of low-level whispers, one starts to lose faith. First, it was announced on SYFY now maybe Amazon...... This might be another case of development hell. 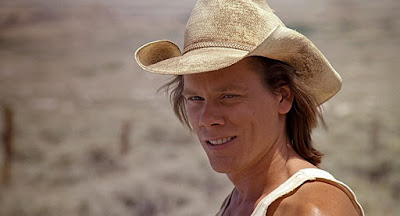 Special effects have gotten better and cheap since 1990. But they just fall flat here. The monsters show up to no one's surprise, they don't make the audience look up from their smartphones. An Ass Blaster shows up, doesn't do anything, then disappears. We've seen these creatures defeated time and time again by Burt, they pose no threat. The viewer feels no danger nor really care if anyone dies. The creatures just don't seem dangerous, when someone actually dies it's almost comical.

The first rule of making a movie is, don't do a story that you don't have the capabilities to pull off. If there is no access to horses don't try and make a western. From some reason Tremors Six has been set in the Arctic Circle. Filmed, as was the fifth one, in South Africa. Which looks nothing like the Arctic Circle. A huge distraction to the story, that no matter how many jokes about global warming, like Jason in Manhattan, I just don't by it.

Seeing a bad sequel of your favorite cult movie can feel like visiting an old friend. He might be broken down and the state of his life is sad, but it's nice to catch up, find out what he has been up to since last seen, get closure on the past. This go around doesn't provide any nostalgia. No warm fuzzies. Maybe next time they will let the Tremors win...... 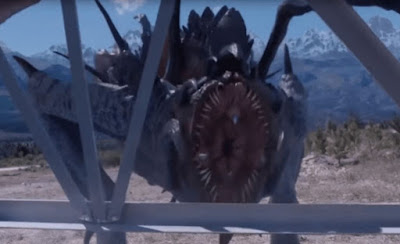