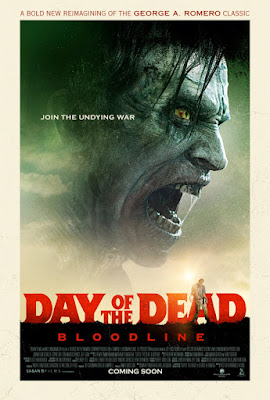 Safe to say after the 2008 remake there was little demand for this update of the Romero classic. Just like the Bay Watch movie, there is no demand for this. Remakes very rarely capture all the ingredients that made the original so good. Either it needs to refocus the story, have new twists, or better special effects, generally better overall. Hopefully all the above. Rarely does a remake get a Director with vision, that can pull off a Zombie's Halloween type of, didn't know how much better it could be, movie! 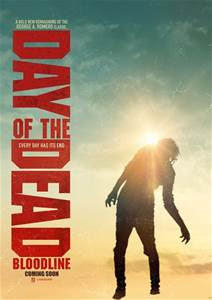 The 1985 original was gritty, violent, all hope was lost theme. Miguel suffered from PTSD along with deeply questioning his faith was just ready to die, representing, depressingly, the middle ground. The military just wanted to survive without hope by closing themselves off. And the civilians who had hope, either for a cure or to find an unpopulated island. The real threat was from people themselves, not the zombies. The last few people on earth had little reason to play nice with each other, even though their lives depended on it. Romero gave up half the budget just so he could make his unrated version.

Bloodlines just starts-out bad. The opening montage comes off cheesy. From crazy amounts of over spay from bites to zombies going right through plate-glass and car windows. A zombie breaks through a narrow plate-glass window to snatch a girl riding past on her bike. Since the zombie couldn't be able to see her beforehand or normally break through glass like that, it just set the tone for the movie. There never is any tension built up. No characters to get emotionally attached to. Not to mention one static camera shot after another and cardboard characters. Dr. Logan is gone from this retelling, who is key to justifying Rhodes outrage and unraveling. Bloodline had a different take on Bub that was interesting for a sec. But had a weird Heath Ledger Joker look....... 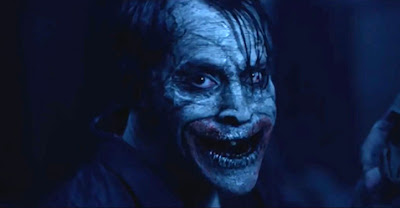 The original made thirty-four million on a budget of three point five million. The 2008 knockoff did three hundred thousand on a generous budget of eighteen million. Bloodline has a budget of eight million and should make less than the 2008 version. It's just that bad. Horror fans aren't hard to please. Some gore, some boobies, some characters you really want to die horribly, some cheesy one-liners. See the classic Romero 1985 film, in all it's brutal gory. The zombie gore-father delivers! 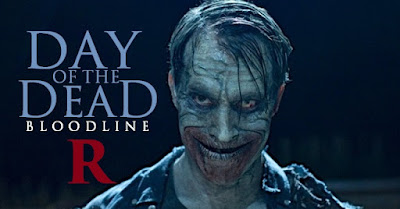 Email ThisBlogThis!Share to TwitterShare to FacebookShare to Pinterest
Labels: Bad Remakes, Day of the Dead: Bloodline 2018, movie reviews, Movies not to watch, Romero rolling over in his grave