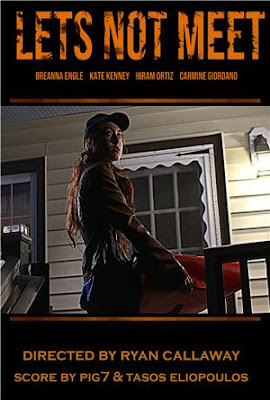 Very ambitious attempt from a small studio, Shady Dawn Pictures, and Director Ryan Callaway. 'Let's Not Meet' starts off as a typical young people go camping and end up fighting for survival film. Turns with a few twists into something with depth and a story to tell. Aya is a loner pizza delivery girl (how come the fat guy who delivers my pizza doesn't look like this!) that gets thrown in with the girls that bullied her in high school to fight the creepy thing in the woods. Early money says they're all dead by dawn! 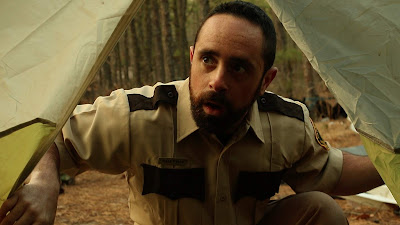 Several things have this movie punching above its weight class. First is the cinematography provided by Marcel Brown. Most low budget films (and some big ones) fall into making the screen too dark for night time shots. Visuals are crisp and well lit here. Watch 'Everly' (2014) for an example of a horribly shot movie. Second is CFX Composite Effects providing a badass monster. Most low budget movies should do everything possible to not really show the monster. Third, there is a number of wonderful scenes. One that stands out the most is Aya Skyping her niece. These scenes show we will see many more movies from Callaway. Peter Jackson started out with 'Bad Taste' (1987) and James Cameron started out with 'Piranha 2' (1981). Callaway started out with Let's Not Meet!

One thing that drags the story down is 'mansplaining' everything, like George Lucas needing to dive deeper into Midi-Chlorians. No one cares George! By trying to put everything on a silver platter for the viewer not only does it slow the film down to a crawl multiple times but makes the holes even bigger. When it sticks to being a creepy thing in the woods, it's great. But through trying to explain the creepiness, it just kills the pace, not to mention weakens the reveal. It's a visual medium, show the viewer the story. If I wanted words I'd read a book!

Another is by having too many characters, most seem cardboard, just like their deaths. Anytime someone shows a little emotion or starts having fun, they provide a huge spark for the movie. The overly somber tone leaves one praying for a girl to freak out, run off naked through the woods to her over-the-top bloody death. Good actors like Donald Sutherland, Anthony Hopkins, or Mel Gibson can read the telephone book and be interesting. Most actors in low budget movies aren't quite on this level. Breanna Engle gives a great performance with the somber tone working well for her character Aya. Along with Carmine Giordano who plays man-child Nate, gives the movie most of its spark. Mr. Callaway needed to find ways to make give the other characters personalities. It's a great seventy-minute movie, unfortunately, it's longer than that..... 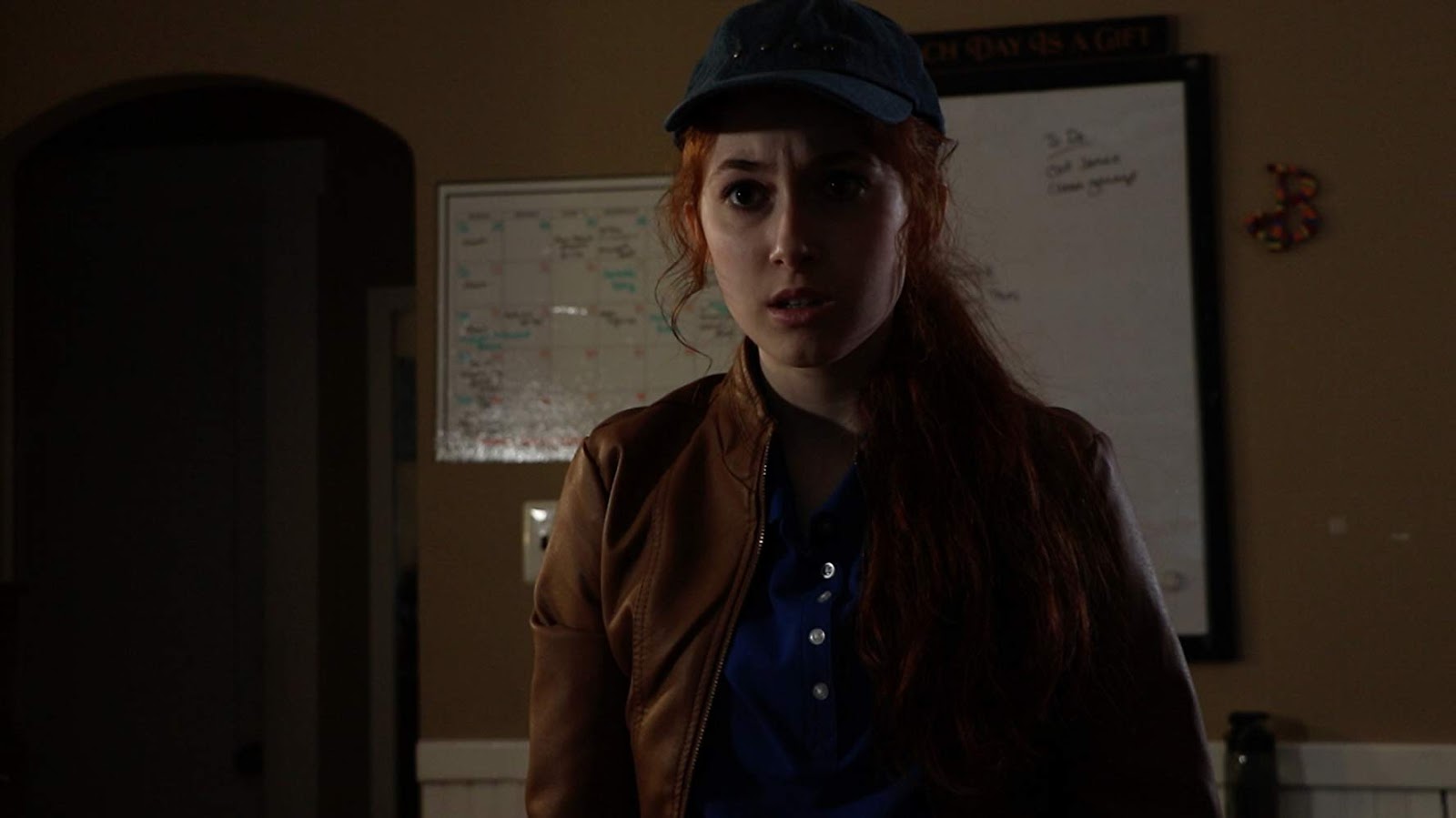