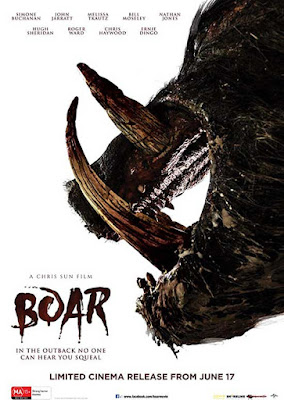 This enjoyable little splat of an Ozploitation movie is a great way to kill a Sunday afternoon. A family goes for a picnic in a picturesque location next to a babbling little stream. Not deterred by reports of people missing, and a killer pig on the lose. They quickly find out they should have spent family time at the pub bonding over pints, or better yet shots. 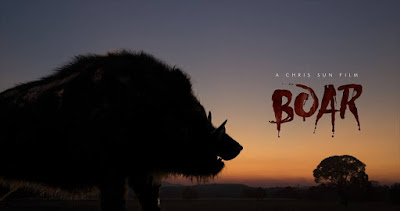 One thing that drives me crazy is how well made this movie is, without doing anything to try and push it into cult status or round it out to a better movie. It's a spec script with a good director. It's a basic 'people go into the woods to camp, there is a monster in those woods, and the people end up fighting for survival' film. Chris Sun is a talented director, it just seems all he is trying to do with this movie is getting on base, not hit a home run. 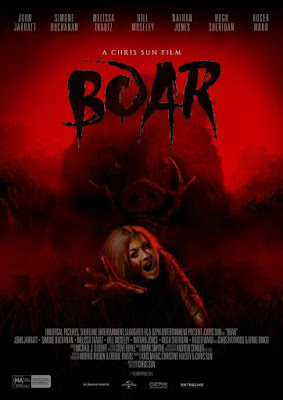 The cast, like most Aussie films, is full of colorful characters. You will recognize most of them from other famous films made down-under. Almost expect Paul Hogan and John Meillon(Crocodile Dundee) to stroll into the bar. Well, not John he's dead. And well not Paul, doesn't he owe a bunch of taxes to the Australia government? The cast adds a lot of warmth to the movie. 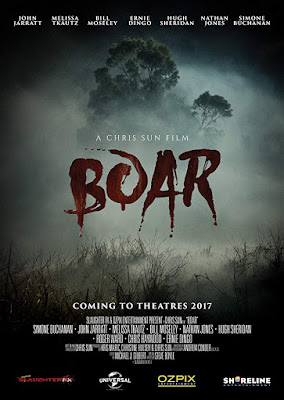 Nathan Jones stands out, at 6'11" and four hundred pounds of muscle, he's hard to miss. When he looks at someone, the viewer feels 'bad shit' gonna happen! Reading up on him, this guy is legit scary, on Australia's most wanted list when he was eighteen. Spent time in Maximum Security prisons. When he goes head to head with the monster, PETA is concerned for the well being of the pig. Definitely a towering presence on the screen. 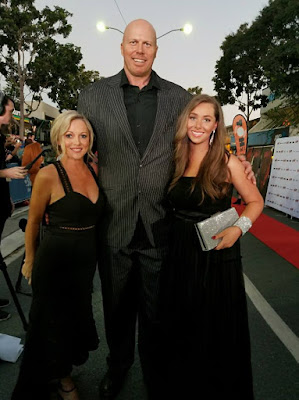 There are a couple of things that bring this film down. The ending is a little too happy for a horror movie. They also missed out in developing the relationship more between Bernie and the bartender. The monster is shown for way too long in full daylight, a major sin in horror movies. And the ladies aren't given much to do, except look pretty.


A good B-movie to eat some popcorn too. Don't take it too seriously and it's a good time. And it's safe enough to watch with dear old mom upstairs (for all you basement dwellers that still live at home). 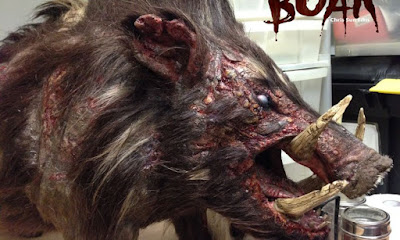