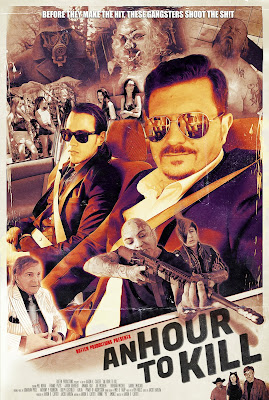 Don't know what the hell I just watched, but I liked it. Director/writer Aaron K. Carter must be mentally ill or using some good shit, or maybe he sees dead people, who knows. The movie keeps taking psychotic left turns to the outfield of insanity. Saying this is a horror film, doesn't cut it. It's more like the comedic Gremlins (1984) than psychological insanity of Evil Dead (1981) with a couple dashes of 'I Spit on Your Grave' (1978). I laughed my ass off and was thoroughly entertained. Even though I'm still thoroughly confused to that I watched. Reminds me of early Peter Jackson's work like Dead Alive (1992) and Bad Taste (1987). 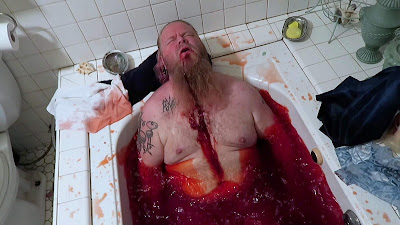 Two hit-men, well one hit-man and one hit-boy, have an hour to kill before their next 'job'. They waste some time by swapping stories. Not really do they see eye to eye on anything or alike in anyway. Frankie is more of the kind of man-child that relaxes by dropping some Molly, put his hair up in a man-bun and crank up some death metal type. While Gio is more of a bourbon and smooth jazz connoisseur.

Each story goes further down the rabbit hole of bad taste. Frankie is played over the top by Frankie Pozos. One of the reasons this movie works is everyone is 'in on it'. No one is trying to show off their classically trained Shakespearean acting skills. Its a low budget horror movie with a silly streak. The Daily Show (1996-) was so much better with Jon Stewart because he was 'in' on the joke, the new guy doesn't realize his show runs on Comedy Central. Arron Guerrero (Gio) plays the straight man, balancing out the cast. Too often directors, writers, and actors forget horror movies need humor. It's one of the reasons why Rob Zombies Halloween (2007) is better than the original. Humor is Yin to horrors Yang. Highs and lows, peaks and valleys, pull 'em in with humor and shock 'em with terror, it takes viewers for a ride. 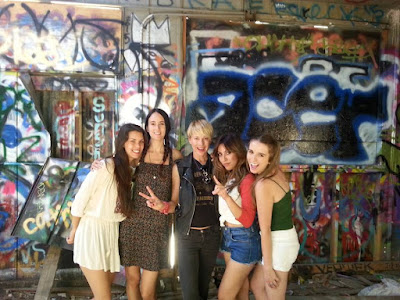 Nothing in the movie looks low budget. The cinematography is crisp and seamless. Standing up well next to the millions of dollars pieces of garbage Hollywood spews out weekly. Locations are used instead of cheap looking staged sets. One of the problems with Tobe Hooper's 'Eaten Alive' (1976) (budget $520,000) was it was shot on sound stages. Compare that to Clint Eastwood's 'Play Misty' (1971) (budget $725,000) that was filmed on location, you can see the difference. Not known as a horror star (was in 'Revenge of the Creature' and 'Tarantula' (both 1955)) but 'Play Misty' and 'The Beguiled' (1971) are both twisted movies. An Hour to Kill has the look and feel of a movie ten times its minuscule budget of six hundred thousand dollars. 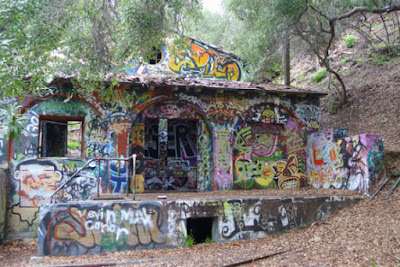 The moral of the story is to get true revenge on a man (for a mid-evil act) is to make his granddaughter dance in a country bar full of rednecks. Or maybe the older man's stories aren't always bullshit.

Watch 'An Hour to Kill' on Amazon Prime 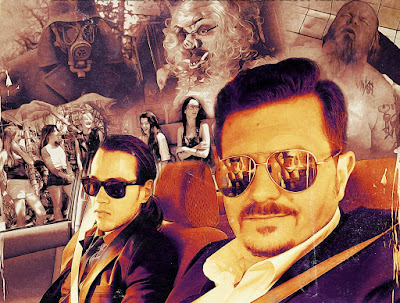