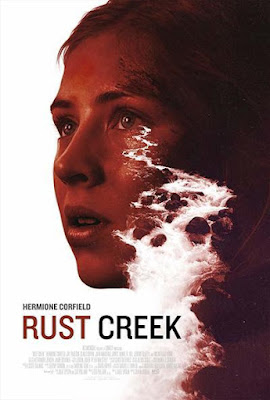 Sawyer (played by Hermione Cornfield) is an A-type personality, who has a dream job lined up, ready to conquer the brutal grind of the nine to five world of corporate America. Unfortunately, she is stuck in hillbilly hell between being chased by some pig farmers who think old sow Sally has a sexy little wiggle, a sheriff looking to retire early, and a meth cook cranking out batch after batch of poison while contemplating a good way to end it all.

One thing the film briefly touched on was 'what would one do to survive they would normally recoil in horror from?' We all know the morally challenging question of 'would you steal bread for your starving children?' The film skirted past all too quickly the moral questions the main character gets faced with. Missing out on adding some meat on to the story-line and critical character development. The one that gets used often in horror is will someone who's a pacifist fight to save themselves and their friends. Exploring human nature and what individuals will do to preserve their own lives is what makes the Saw (2004-2017), which is the second highest grossing horror franchise behind only Aliens (1979-2012), movies so interesting. 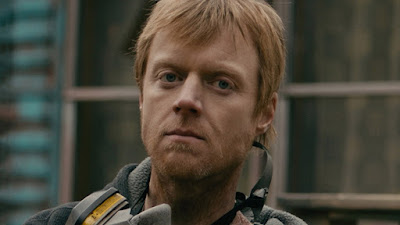 The small details do matter in being able to draw viewers into a movie. The lead character has a huge gash on her leg. There is no serious attempt to apply pressure and dress the wound till a day later. Also not addressed is how cold it is. There is no effort made to go back for clothes or keep warm. Even though with the loss of blood and being exposed to the elements all night any mere mortal would have gotten hypothermia and not been able to get up the next morning. You don't have to be Bear Grylls to realize treating gushing leg wound is a priority as is staying warm in freezing temperatures.

Director Jen McGowan lets the viewer in on all the forces working against Sawyer. Leaving the viewer in on all the twists and dangers awaiting her. Most movies we already guessed who the bad guys are, when they will jump out, which side character will get it, and the heroine will get away. By showing the twists one isn't watching the movie calling out each scene before it happens. You just enjoy watching the movie.