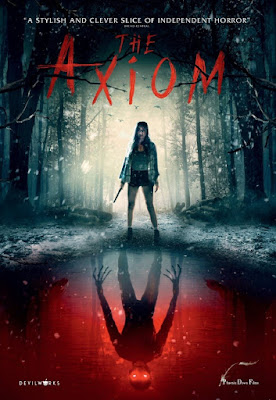 A gritty mashup of Pans Labyrinth (2006) and Evil Dead (1981) with a much darker end. A trip into a weird universe that brings out the certifiable mental patient in people. Siblings McKenzie and Martin with a group of friends follow a trail of bread crumbs left by their missing sister into a backwater hell hole. Where the group splinters into madness.

Director and writer, Nicholas Woods creates a universe that's interesting and has more stories to tell. Most of the major characters are fully formed. Even some of the secondary people leave you wanting to know what their story is. Two of the local boys go off to "play" in one of the other gates, leaving me really wanting to see their little adventure. The gate the sister is in, is visited all too briefly. But reveals images that beg to be expanded on, a story that needs telling. 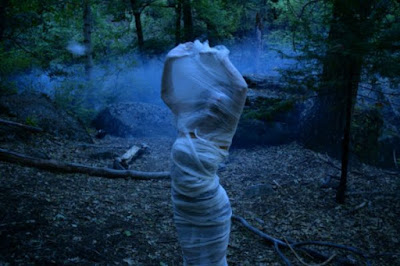 They do a good job with the budget they have (seriously Deadpool 2 spent more on one AC/DC song than they did on all the guns in the first movie and probably the second too! and Ryan wannabe super hero with his CGI abs Reynolds, took three times to finally get one right, makes one bad rom-com after another and than gets to be Deadpool! Someone should sew his mouth shut, shave his head, make him wear a green fat suit and star in the remake of Deliverance playing Ned Beatty's role.), I've seen many Friday the 13th movies that looked and felt much cheaper than The Axiom.

This film has good cast aided by well-defined characters. It's amazing how enjoyable it is to watch beautiful women. Cinematographer spends an extraordinary amount of time focusing on Hattie Smith's butt (we might have a creeper). Which wears the best looking pair of Daisy Dukes since Dukes of Hazard. Every scene Nicole Dambro is in, she steals.

The way this movie ends, can disappoint depending on how you like movies to end. First time I watched Barracuda (1978) it blew my little mind, a film could end like that. The big difference in these two movies is I would want to watch The Axiom again, and not just because the batteries in the remote are dead, when it happens to come on Svengoolie for the tenth time.